Asking someone to jump in a shark tank for the sake of fashion is an exercise in insanity. But Rihanna is not just someone. When I talked to her about the concept last fall, she just thought it was “cool.” (Her team was slightly more anxious.) Cut to the Florida Aquarium in Tampa, one day in December. In the tank live three sand tiger sharks, none shorter than eight feet long. The sharks are used to divers, but photographers and pop stars are another thing entirely. Photographer Norman Jean Roy donned a scuba suit and jumped in. Rihanna followed—a dozen dives, and three outfit changes, while the sharks circled her intently. When the shoot was done, she was shivering, more cold than “cool.” Then she flew to Germany. Just another day in the life of a global pop star who spends her life swimming with sharks. 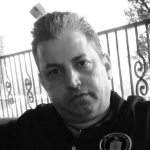 You may have missed

Pool Store Is Not Your Best Resort For Water Chemistry